It's Day One of VeganMofo and fittingly, it's also World Vegan Day! Say hi, guys! 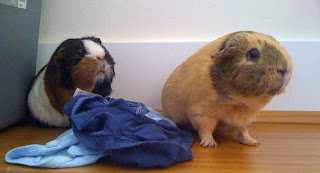 Introducing the VeganWheekers for our new folks. That's Belle on the left and Bert on the right. They're naturally vegan so they don't see the significance of this day. However, they also don't get to eat Lavash Bread Pizza!

I had a craving for pizza but was too tired to make pizza dough from scratch. I did however have Trader Joe's Lavash Bread in the fridge so I improvised (and aren't the best recipes sometimes from improvisation?).

Lavash Bread Pizza
Step One: Spread a layer of Daiya cheese on one side of the bread for a cheese stuffed crust pizza effect. 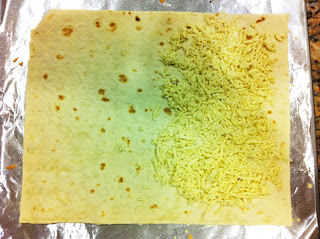 Step Two: Fold in half so you've got a sturdier base for the pizza and spread on tomato paste. If you have a nice pizza sauce, go for it. 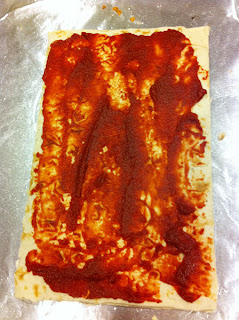 Step Three: Lay on the toppings of your choice! I used onion, red bell pepper, pineapple, and olive with a dash of vegetable seasoning and salt. Then add a bit more Daiya on top of that. 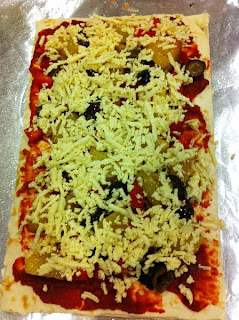 Step Four: Put under broiler for 10-15 mins, watch that it doesn't burn (like mine kinda did!). 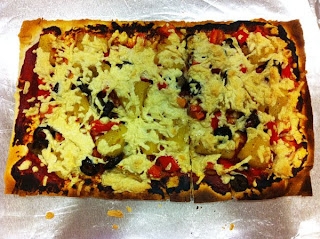 I was so hungry, I had already split the pizza in half for hubby and I before I remembered to take a picture. The "crust" is crispy with a nice layer of cheezy goo. So there you have it! Easy pizza under 20 minutes.

Hope everyone is having a great Monday! And it's Nov 1st! Two more months until the new year. Ca-ray-zeee!
Posted by Vegan Wheekers at 10:27 PM 4 comments:

I did it! I signed up for my first Vegan Mofo. There are 500+ contributors this year and I just had to join the party. Can't wait to see what everyone comes up with! I can only promise to take better pictures of my meals, but my phone can only do so much, LOL!

Though it's Halloween weekend, I join the City in celebrating a certain orange and black: SF Giants! Those who know me would be surprised because I usually have as much interest in sports as I do in, say, waxing cars. But hubby is totally into it and got me caught up in the excitement. He has patiently answered all the my questions so I know what's going on (apparently it's not as simple as just hitting the ball) and now it's fun to watch. I think I make it quite fun for him too, what with my screams of, "Run, boy, RUN!" when our team hits the ball, or "Catch it! You better CATCH IT!" when the opponent hits a ball.

I can see some of your eyes glazing over. "You're talking about sports? We're here for FOOD!"
Alrighty then! 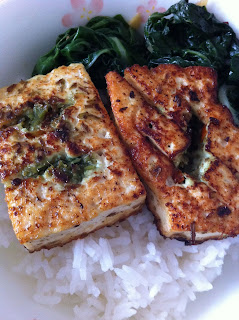 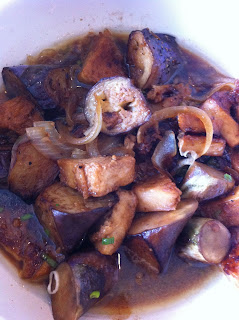 Time to look through some recipes to prepare for Vegan Mofo!
Posted by Vegan Wheekers at 5:42 PM 3 comments: 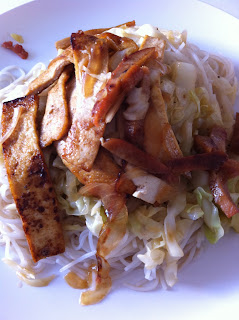 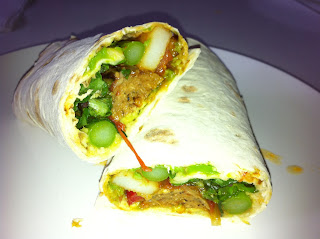 I love the mobile post feature! I take a lot of pics on my phone but I get a bit lazy when it comes to uploading it to the computer. This solves the problem! Monday's lunch: stir fried tofu and cabbage over rice noodle. Simple and satisfying! The lighting is horrible but the wrap last week was super duper yummy! The fillings comprised of Tofurky sausage, tomato, baby greens, asparagus, potato, and avocado. So good!
Posted by Vegan Wheekers at 10:53 PM 1 comment: 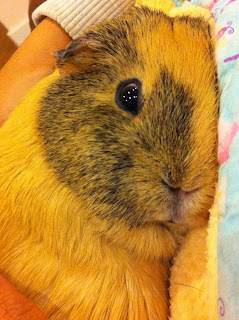 We're still here! Hope you all are doing ok, especially those in the Midwest. Some food posts coming soon. See you!
Posted by Vegan Wheekers at 10:35 PM 5 comments: